What Violations Can Land You on a Sex Offender Registry?

Most of us don’t want to see another person urinate in public, but did you know that such an offense is considered a sex offender crime? Before 1994, very few US states had laws requiring sex offenders register with local law enforcement. Since then, the federal government has enacted legislation and established uniform requirements on state sex offender registration and community notification programs.

Offenses that Can Lead to Sex Offender Registration

Many sex offender crimes fall under state jurisdictions, but several offenses are also covered by federal law. Offenses often fall into categories such as abuse, molestation, or exploitation of a minor, sexual conduct with a minor, indecent exposure or lewd acts, and sexual assault. Attempted offenses are also prosecuted. Also, failing to register as a sex offender and violating Sex Offender Registration statutes are prosecuted as sex offenses.

According to the US Department of Justice, sex offenders must register if convicted of any of the following offenses:

Tier 1 offenses involve an element of sexual contact or sexual acts and can include:

Tier 2 offenses apply to people who have previously been convicted of a Tier 1 offense and can include:

Tier 3 offenses involve people who have been convicted of a Tier 2 offense and can include: 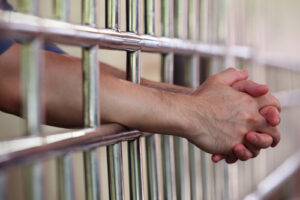 Convicted sex offenders face legal consequences such as jail or prison time and/or fines, depending on jurisdictional sentencing guidelines and the judge’s decision. Convicted sex offenders may also be required to register in national or jurisdictional databases. The length of time a person remains on a registry can vary by jurisdiction, crime, and sentencing requirements, and can range from a default minimum of 5 years to life.

Sex offender crimes land an individual on sex offender registries, making much of an offender’s personal information available to the public, though some information is prohibited from public availability. Prohibited information includes the victim’s identity, references to arrests not resulting in conviction, and the sex offender’s Social Security number and passport and immigration document numbers.

According to the Sex Offender Registration and Notification Act (SORNA), information about sex offenders that is made available to the public includes:

InfoMart offers our clients a National Sex Offender Search that provides a comprehensive look at sex offender registry data from US states, the District of Columbia, Puerto Rico, and Guam. If a potential “hit” is identified on the National Sex Offender search, InfoMart will pursue the originating case information that prompted the registry, confirm that the identifiers belong to your candidate, and ensure compliance in reporting with state and federal laws.

We include the National Sex Offender Search free of charge when you order a National Criminal History, and we also offer the search as a stand-alone service. The National Sex Offender search is an effective screening tool that allows you to identify additional records you may not have found in the course of a standard criminal history search.

Uncover insights that include: